Dr. Papa Kwesi Nduom the Flagbearer of the Progressive People’s Party (PPP) on Saturday, October 29th started a “Thank You” tour that will take him to all the ten regions of the country in two weeks.

Dr. Nduom has responded to this ruling with considerable graciousness saying that he did not want to go to court and had hoped the opportunity would have been given by the Electoral Commission (EC) to resolve the matter amicably, administratively.  He has reiterated his wish for the EC to become a strong independent institution that applies all related laws evenly, across the board without fear or favor to anyone. 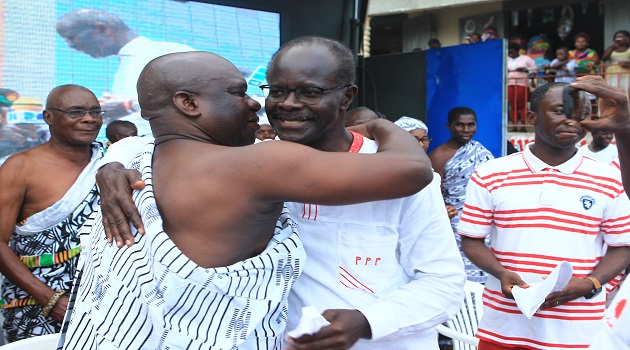 Yesterday, the “Thank You” tour took Dr. Nduom and his team to the Central Region beginning from Kasoa and ending in Elmina.  In Kasoa, Dr. Nduom greeted the traders, market women, drivers and travelers at the old market and lorry park and thanked them for their support and prayers.  He was received with great enthusiasm and joy and shouts of “tsir nkwa o!”  The PPP  Parliamentary Candidate for the Awutu Senya East Constituency Kweku Kwarteng led his supporters to welcome Dr. Nduom.  From there, the team stopped at the Budumburam market, camp and taxi station to thank the people.  The receiving group was led by the PPP Parliamentary Candidate for Gomoa East Eunice

Dr. Nduom was received by a massive crowd led by the PPP Parliamentary Candidate for Effutu Nana Ofori Owusu in Winneba.  The PPP crowd went through the principal streets of Winneba with joyous songs and cheers.  Interestingly enough some young and old NDC supporters joined to congratulate Dr. Nduom for the victory in court. 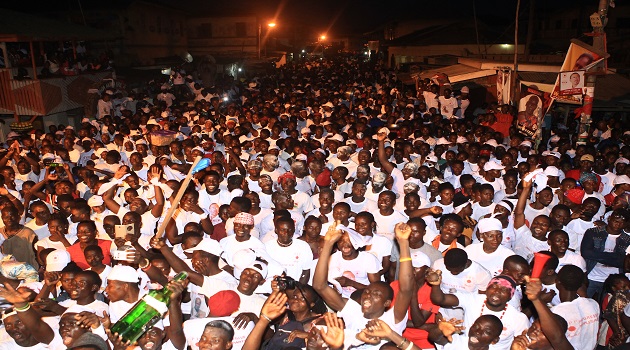 Led by the PPP candidate for Mfantseman Kwabena Otchere, Dr. Nduom walked through the Mankessim market and lorry park amidst cheers of joy and congratulations from the people.  Many promised to vote for Dr. Nduom saying “…our candidate has come”.

The cheers of joy were repeated in Cape Coast where the PPP Parliamentary Candidate for Cape Coast South, Bright Drofoenu led Dr. Nduom and his team through Kotokoraba market and principal streets.

In KEEA, Dr. Nduom was met by one of the biggest crowds ever in Elmina and taken through the streets in a carnival atmosphere, everyone in white victory attire or PPP’s red and white colours.  There were tears of joy and “…welcome, our President!”.  At a huge rally at the Boa woho Bridge, the Omanhen of the Edina Traditional Area Nana Kodwo Conduah VI welcomed Dr. Nduom home to Elmina with prayers and Christian songs of praise saying, it is God that has made Dr. Nduom’s victory possible.  Nana Conduah said the victory was for all Ghanaians. 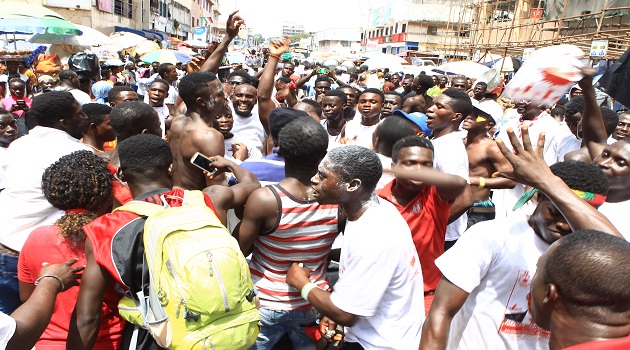 Dr. Nduom thanked God and said everything that has been achieved is through the grace of God.  He thanked the people of KEEA for standing by him, coming to support him in Accra throughout the court proceedings and pushing him with their prayers.  He said that through the court ruling, democracy has won, freedom of choice and association have won and the rule of law has become stronger.  He asked the people to support and vote for him and all the PPP Parliamentary candidates so that the victory in court will have true meaning.

Dr. Nduom will move to the Western Region today, Sunday and then to the Volta, Upper East, West and Northern regions next week.