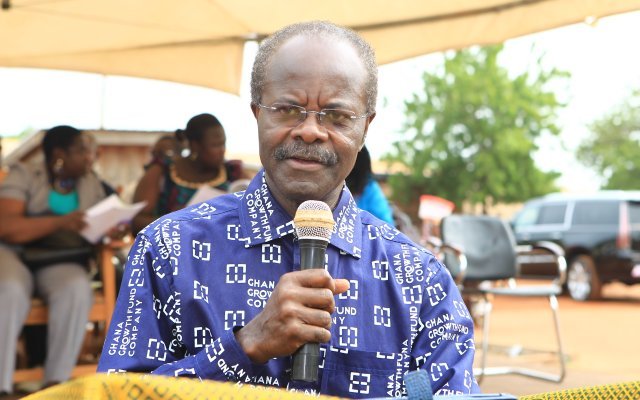 Groupe Nduom will officially introduce Edwumawura Rice, which is locally produced into the Ghanaian market in November 2016. Groupe President, Dr Papa Kwesi Nduom will commission the Edwumawura branded rice at two separate ceremonies at Worawora in the Volta Region and Assin Bereku in the Central Region.

In all some 4000 out-growers are expected to benefit from the two factories. They have since been employed by Groupe Nduom to feed the factories with paddy rice. The establishment of the local rice mill factory is part of the Groupe’s commitment towards the improvement of lives of indigenous Ghanaians, majority of who are found in farming and fishing.

By conservative estimate, Ghana imports close to $1.5 billion worth of rice from foreign countries like China, Thailand, Vietnam, India etc every year and the fact that the country consistently imports same amount of rice within the period means there is readily available market for rice production in Ghana.

That explains why the President of Groupe Nduom, Dr Papa Kwesi Nduom is happy that his Groupe is encouraging the farmers to produce top-class rice that can compete with any of the imported ones on the Ghanaian market. He believes with that quality, markets for their produce are assured.

Groupe Nduom has a vision of helping create wealth and jobs for all categories of Ghanaians, especially those within the lower income bracket. The Groupe therefore sees in the two companies, a vastly available opportunity that farmers in the areas earmarked for the projects can take advantage to improve their living conditions.

Dr Nduom believes the new companies will help reduce poverty drastically in the production areas because the rice farmers and other farm-assistants are people hired from the indigenous communities.

The Groupe President has long held the belief that the country can only develop if leadership in government and business offer to help indigenous Ghanaians to produce the highest quality of made in Ghana products in order to give local producers the competitive edge over foreign goods including imported rice.