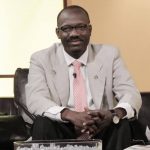 The Progressive Peoples Party, PPP, is convinced now that the Mahama-led administration has lost touch with the needs of the people and may be riding in an “artificial palanquin”.

Just like most of the recent past supplementary fiscal budgets, the supplementary budget presented by the Finance Minister on Monday failed to address the many challenges bedevilling the Ghanaian business community.

The PPP wants to say it loud to Ghanaians that Mr. Seth Terkper’s supplementary budget was highly skewed and failed to address the key questions boggling the minds of investors, businesses, international organisations and consumers.

Indeed, the submission of the Finance Minister best describes the attitude of a student who has no answers to the 8 out of 10 questions expected to be answered in an examination but chooses to spend the entire examination period in answering the 2 questions that he is most conversant with. Obviously, that student is bound to fail or has failed in advance, assuming all questions are awarded equal marks.

Below are some of the excerpts from the Finance Minister’s supplementary budget speech presented to Parliament on Monday as against the expectations of Ghanaians;

According to the Finance Minister, the accumulation of government debt has slowed in growth even though GDP growth has been scaling down for the past 4 years.

However, we do not see this as an achievement given that the said government debt to GDP ratio was fuelled by the unbridled borrowing by government, non-existent fiscal policies to stabilise the cedi and stimulate economic activity, further tightening of the domestic economy with the basic excuse of fiscal consolidation under an IMF programme and overburdening of the private sector with multiple taxes.

The bigger question is that of what use is the impressive fiscal statistics if the real value to economic agents is in the negative?

Repetition of the growth rate in Agriculture by some 2.8% during the first quarter of 2016, which is already published by the Ghana Statistical Service in June 2016 without any valuable additions, indicates the little effort the Minister put into this supplementary budget.

We believe it would have been more prudent and informative for the Finance Minister to touch on the rise in food prices on the domestic market and the specific initiatives the government has put in place to minimise the present high cost of living. We were expecting government to indicate the new strategies it hopes to implement to increase performance in the agriculture sector and also reduce food shortages.

Again, what happened to the 50 tractors with components expected to be procured under the Agricultural Mechanisation Services Enterprise Centres (AMSECs) before the end of the 2016 fiscal year or was it just a passing comment in the 2016 budget?

There is no single individual who is not affected by the worsening power crisis and the adamant position of government to present a load shedding timetable. One does not need an analyst to expatiate on the consequences of unreliable power on businesses, consumers and the nation at large. Thus, we expected the Finance Minister to know and do better.

Alternatively, instead of wasting precious time to outline the many energy infrastructure projects which has not solved the “dumsor” problem, it will have been more prudent to acknowledge the power crisis, sympathise with residents and clearly state the timelines to curtail this menace forever.

Overconfidence in the Oil and Gas sector

The reiteration of the production of oil and gas from the TEIN and Sankofa fields in recent past budgets presented by the Ministry of Finance signals the overrated trust that the government has in the oil sub-sector.

Unfortunately, this was the same trust that led to the full implementation of the Single Spine Salary Structure that reduced government fiscal space, partially fuelled inflation, government borrowing appetite, high interest rates, free fall of the cedi and scrapping of subsidies among others. We find the downward review in the benchmark price of crude oil from about US$53 per barrel in the initial budget to US$45.3 per barrel as reasonable and a much better forecast as compared to government previous forecasts.

Creation of Jobs for the Youth

As reported by the Finance Minister, the National Employment Policy was launched and the Youth Employment Act was approved by Parliament this year. Out of a total of 100,000 youth targeted to be employed under the scheme, only 40,000 have been engaged in six different sectors; namely security, community teaching, sanitation, community health, youth in afforestation and youth in apparels. It is a fact that these statistics are very difficult to prove given the lack of timely data on unemployment levels in Ghana and the lack of political will by governments to commission one.

There is no doubt that the government’ fiscal policies within the past few years have failed to complement the rising monetary policy stance administered by the Bank of Ghana.

With a much tighter government space which necessitated the removal of petroleum subsidies, nurses and teachers training allowance and subsidies in utility tariffs, it remains less obvious where government got the funds to reinstate the nurses training allowance, employ over 1,000 lecturers for the public tertiary institutions and reduce electricity tariffs or is it just a political gesture?

We wish to entreat all Ghanaians to embrace themselves for more difficult times in 2017 if a PPP government led by Dr Papa Kwesi Nduom is not voted into power to form the next government. A PPP government shall five a sigh f relief to the private sector and not to enfeeble it. We shall use the purchasing power of the State to support the local industry and create more jobs for Ghanaians. We believe that much as monetary policy is tightened, the fiscal side should be prudent to complement the growth effort. We also believe a support to the private sector can reverse the continuous government borrowing and salvage Ghana’s unprecedented external borrowing record.