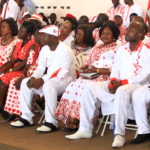 Progressive People’s Party (PPP) has expressed shock at Parliament’s decision to reject the Constitutional Amendment that sought to set November 7 as the proposed date for the 2016 polls.

The bill, if it had been passed, would have brought Ghana’s elections date from the usual December 7 to November 7 in every election year.

In a statement issued and signed by the party’s National Secretary, Murtala Mohammed, the PPP noted that civil society organisations, non-governmental organisations (NGOs), political parties, religious bodies and government parastatals all agreed in principle that bringing “our elections forward will allow enough time to hand over power to a newly elected government successfully.” 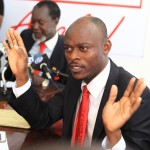 “So that the country can avoid the “democratic coup take-over” that characterised the 2000 and 2008 transitions,” the statement said.

Parliament’s decision, according to the PPP, was not in the best interest of the country.

That, the statement explained, was because Parliament upheld a view divergent from that of the vast majority of well-meaning Ghanaians.

The voting pattern in Parliament, the statement asserted, revealed yet again, how polorised Ghanaian political society has become.

The statement thus bemoaned the entrenched partisan voting pattern in Parliament since 1992.

“Clearly, Ghana needs a third force in the current political milieu to hold the balance of power and whip these two political parties in line.

…Until we are able to effect this, these two parties will continue to take the people of Ghana for granted,” it noted.

The rejection in the PPP’s opinion depicts a failed state and a porous system that will need a total overhaul.

For instance, the statement asked: “How do we explain the late arrival of the bill in Parliament?

What took the Electoral Commission (EC) and AG’s office so long a time to lay this bill in Parliament after 7 years of accepting to change the election date”?

The statement in this regard described the rejection as “highly unacceptable” for so many members of Parliament to absent themselves in the face of a critical bill, such as the CI 95, being laid before Parliament.

Consequently, the PPP called on the media to investigate and make public the names of those MPs who were absent in order for their constituents to vote against them, come December 7, 2016 elections.

“PPP will like to state without equivocation that this entrenched polarised position in Parliament, voting along NDC and NPP lines, as well as burdening Parliamentarians with ministerial appointments has become the bane of our Parliament,” the statement averred.