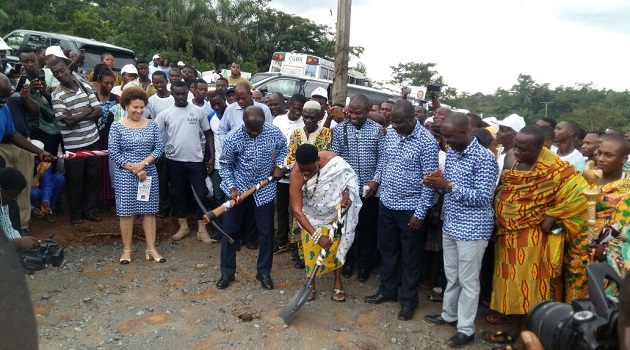 President and Chief Executive Officer (CEO) of Groupe Nduom (GN), Dr. Papa Kwesi Nduom, has cut sod for the construction of a 100-tonne rice milling factory to be sited in Assin Breku in the Central Region.

The event, which came off yesterday, was well attended by traditional leaders, rice farmers and the unemployed teeming youth in the area.

This was the second in the week by the celebrated entrepreneur after he commissioned the refurbished 72-tonne Worawora Rice Mill Factory in the Volta Region on Tuesday, November 1, 2016.

Addressing the chiefs and people of Assin Breku, Dr. Nduom recounted how the people in the area who are mainly rice growers appealed to him to assist them when he was there recently to campaign for votes.

He decried the lack of development in the area, adding that if the community works with him, he will ensure it gets the amenities it lacks.

According to the business mogul, farmers in other jurisdictions were living well and could not understand why same cannot be said about farmers in Ghana.

“Business will commence after completion in April 2017. After Easter, farmers will not pound rice again. Machines will do that. Rice farmers will be given training to be able to cultivate good and quality paddy rice,” he assured. 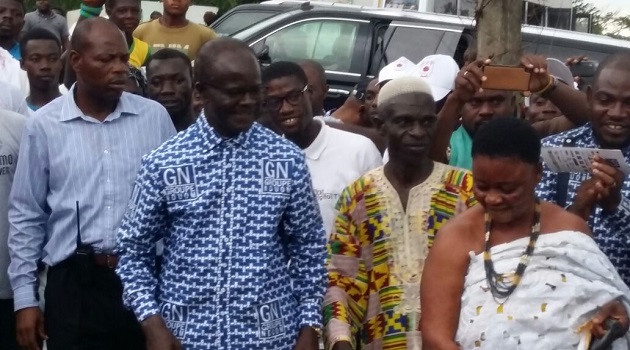 “…If the business grows, combine harvesters will be brought in to replace manual harvesting by farmers. It is my hope to halt rice importation in 2020,” Dr. Nduom stressed.

Dr. Nduom told the people that the Worawora Rice Mill Factory was currently working, and assured them that same will happen in the area.

He thanked the chiefs for the land and his staff members for their earnest work.

Thanking Dr. Nduom for coming to their aid, President of Assin North Rice Farmers Association, Mammoud Kwaku Oppong, said although his outfit has received support from the African Development Bank and the Ministry of Agriculture “we still need more funds and logistics.”

He was optimistic that many more farmers will benefit from Dr. Nduom’s initiative.

For his part, Sanaahene of Assin Breko, Nana Asare Baffour, who spoke on behalf of all the chiefs numbering about 49 declared their support for Dr. Nduom.