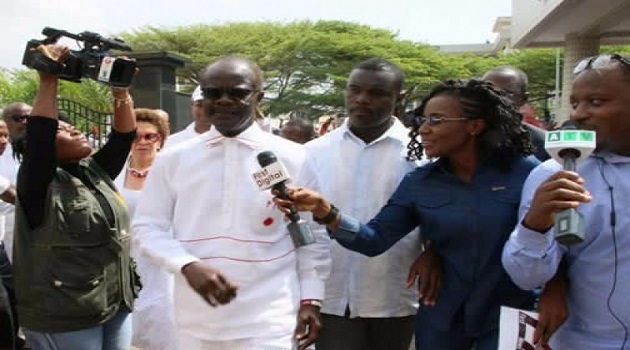 An Accra High Court (Commercial Division) chaired by Justice Kyei Baafour  has asked the Electoral Commission (EC) to give Flag-bearer of the PPP, Dr. Papa Kwesi Nduom, the opportunity to rectify error(s) on his nomination forms to be able to contest in the December polls.According to the Court, the EC did not afford the presidential candidates a nomination period within which mistakes on their forms could be corrected but only set a nomination day.

Dr. Nduom was part of 13 other aspirants who were disqualified from contesting in the December elections over alleged illegalities on their nomination forms.The EC was disqualified because “the number of subscribers to his forms did not meet the requirements of Regulation 7 (2) (b) of CI 94.

The details are as follows:– One subscriber Richard Aseda (‘Asida’ on the Voters’ Register), with Voter ID no 7812003957) endorsed the forms in two different districts (pages 21 and 39).

The judge also in his ruling quashed the disqualification of all the presidential candidates.The subscriber was found to be on the Voter’s Register in one district thereby disqualifying his second subscription and reducing the total number of subscribers to below the minimum required by the Law.The same subscriber (Richard Aseda (‘Asida’) endorsed the form with different signatures in both portions of the nomination form. This raises questions as to the legitimacy of one or both signatures.