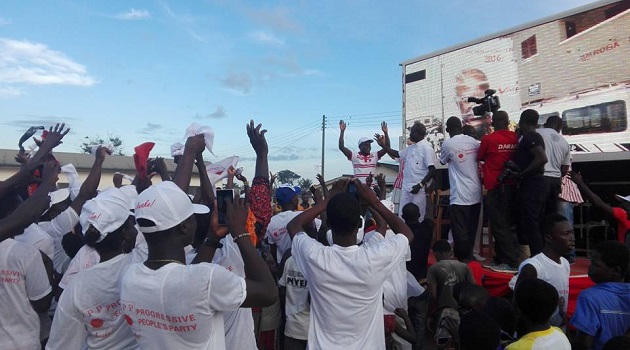 The flagbearer of the Progressive People’s Party (PPP) Dr Papa Kwesi Nduom has urged Ghanaians to gather courage and reject president Mahama in the December 7 polls.

According to Dr Nduom the apparent deterioration in the lives of Ghanaians is ample evidence that the Mahama led government cannot be trusted with the destiny of the country.

‘’The people of Ntranoa and Ghanaians in general, everywhere I go are crying that times are hard and that there are no jobs. So if with all this abundance of natural resources our lives are getting worse, then I urge you to help send Mahama home since he has demonstrated that he cannot deliver good things for the people and bring in Papa Kwesi Nduom to do the job’’.

He reminded the people of Ntranoa that the jobs they so much crave will only be delivered by a PPP government.

‘’So when you go to the polls remember your future and vote accordingly. Remember Dr Papa Kwesi Nduom, he will be on the ballot with the glasses and the moustache and never take for granted your future in the December 7 election’’

PPP respects the laws of Ghana 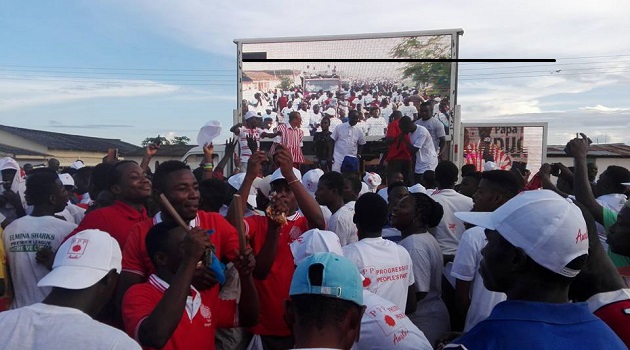 The parliamentary candidate for the Komenda Edina Eguafo Abirem (KEEA) constituency, John Sterling urged PPP supporters to be steadfast and rest assured that come 7th December, Dr Papa Kwesi Nduom will be on the ballot paper.

‘’We are a party of obedience that is why we took our issue to the courts to help right the wrong the EC is perpetrating. So on Tuesday we are confident the courts are going to right whatever wrong the EC has perpetrated against Dr Nduom and the PPP. Be rest assured that Dr Nduom will be on the ballot paper come December 7th so prepare to vote twice, that’s for Nduom and John Sterling to help change your lives’.’ 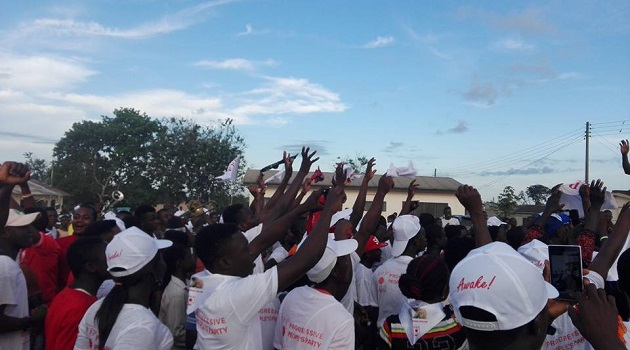 The chief of Ntranoa Nana Kweku Ntsin V thanked Dr Nduom for the numerous supports he has given to the KEEA and the Ntranoa township and asked the people to remember him accordingly come December 7.

‘’I am very confident in the capabilities of Dr Nduom. If for nothing at all, he Dr Nduom gave us electricity when we were in the dark. He has done a lot for us in this area as a member of parliament and a businessman so I urge you all to remember that and support him,’’ he reiterated.