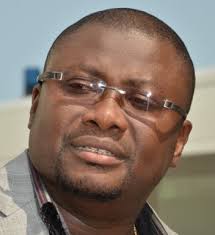 Judging from the trend over the years, the sudden emergence of the so-called Serious Fraud Office report against Dr Papa Kwesi Nduom, to many discerning Ghanaians, is a matter of course. And presto the source of that cruel circulation as predicted is the NDC.

All of a sudden such peripheral NDC surrogates particularly a certain Adu Asare, who lost his parliamentary seat rather pathetically, has discovered how to resuscitate his dwindling political fortune in the so-called SFO report.

But we wish to assure Adu Asare that he cannot find in the discredited report any safe haven to worm himself back into the comfort zone of President John Mahama. So is the toddler Fred Agbenyo.

The PPP will deal will the subject matter of the SFO report very soon.  It will not be the first time we would have done so. It’s obvious that the NDC and John Mahama are not the least comfortable with the gains so far made by Dr Nduom and the Progressive People’s Party (PPP) in the run-up to the December polls.

Again they are very uncomfortable with certain pronouncements made by Dr Nduom on his campaign platforms. These include his promise to punish those found culpable of looting the state treasury; that some NDC chiefs, rejoiced and proclaimed that the death of Professor Mills gave the NDC new life; and the saga of President Mahama and the Ford Expedition.

Under the circumstance the worst the NDC could offer is to throw out such hawkish elements like the Adu Asares and the Fred Agbenyos in a rather lame attempt to cow Dr Nduom and the PPP into submission. How wrong they’ve been in their warped calculations!

We wish to state emphatically that the NDC has grossly misfired on this mischief course.

The NDC should get it clear that there are no cowards in the PPP. We are wide awake to such NDC artful subterfuge and are prepared to go with them boot-for-boot in all its ramifications.

Yes we again assure the NDC that if that is the brand of politics that they intend waging against Dr Nduom and the PPP, then the NDC and candidate John Mahama should prepare to go the long haul with us on many fronts including the mystery of Mills’ death.

We are also more than excited and prepared to launch a relentless campaign that will exhaust all other avenues relating to the vexed CHRAJ findings.

Those who have magically acquired properties in Europe and some other foreign lands, particularly the Gulf Region should take note.

We are ready for paperweight Adu Asare and co.

One thought on “‘Bring it on Adu Asare and your cohorts’”