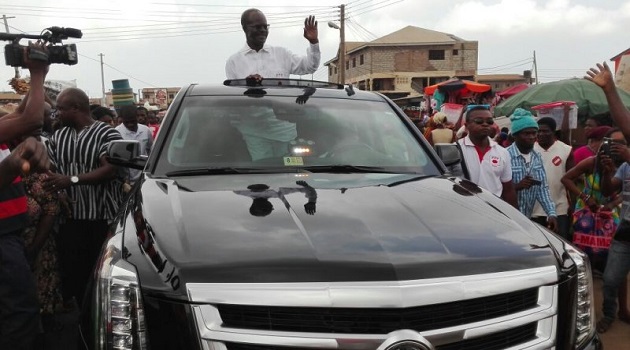 The tour which started on Tuesday has so far seen Dr. Nduom and his campaign team visit areas including Techiman, Wenchi and Tuabodum.

The team also made whistle stops at Jinijin, Sampa, Berekum and Sunyani.

In all these areas Dr. Nduom called on the electorate to vote massively for the PPP as it was the only party that can create meaningful jobs for the good people of this country. 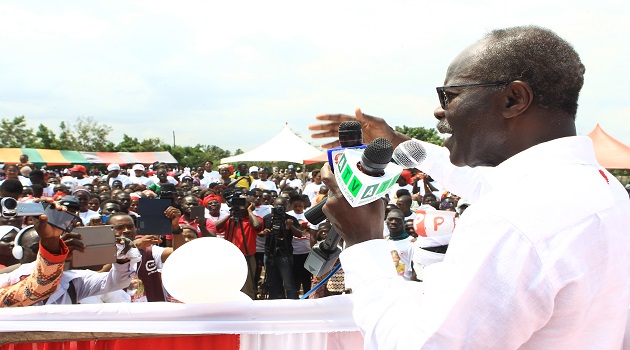 In an interview with Today, Madam Kakai Tetteh disclosed that the areas that Dr. Nduom would visit have been divided into two—northern and southern zones.

Madam Vivian Tettey revealed that currently Dr. Nduom is touring the southern zone, adding that his tour to the northern zone has been scheduled for October.

According to her, Dr. Nduom will use the opportunity to outdoor the party’s parliamentary aspirants in the region to their constituents.

The Sunyani East PPP parliamentary aspirant called on Ghanaians to vote for change in the forthcoming general elections.

She affirmed that Dr. Nduom was the right person to rescue Ghanaians from the throes of poverty.
Source: Ghana/todaygh.com/Kofi Oppong Kyekyeku