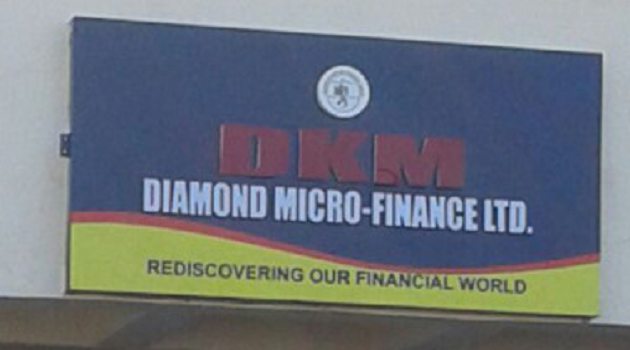 Presidential candidate of the Progressive People’s Party (PPP,) Dr. Papa Kwesi Nduom, has told traders of the Nkoranza market and customers of defunct, DKM Microfinance, that he will ensure that all their moneys will be returned when he is president.

Addressing traders, farmers and drivers at the Nkoranza market station on Friday, as part of a 3-day tour of the Brong-Ahafo region chided President John Mahama for looking on unconcerned for citizens to be duped to that level.

“John Mahama likes shifting blames too much. Everything he apportions to someone else. That is not leadership,” he said.

The business mogul assured the people that such things will not happen under his administration as stringent measures will be put in place to ensure financial discipline among companies.

He explained that he has a bank with 269 branches across the country and therefore understands how the financial sector works.

Dr. Nduom said that people of Nkoranza have been neglected for far too long and that they should vote for him for better agricultural practises and equipment with ready markets to absorb their farm produce.

“Just as American farmers are rich, so will you be under a PPP government. Vote for your future. Help kick John Mahama out. Elections is about your future. Vote for the future of the of your children,” he said.

The Bank of Ghana shut down the company on Monday May 11, 2015, after it reportedly failed to comply with the terms and conditions required in its licence and also for purportedly possessing assets deemed too insufficient to meet its liabilities to investors. Several millions of Ghana cedis got locked up at the firm as thousands of shareholders including chiefs and clerics, hit by the sudden disaster, held their heads in raw horror.

Devastated creditors across the country openly blamed the BoG for alleged failure to have ascertained the capabilities of the company from the onset before granting it licence to operate. And President John Dramani Mahama himself came under fire not only because the disaster struck under his government but also because it was taking so long for government to undo “the mess” despite the “several promises” the president made to address the public concerns.Government finally bowed to pressure following endless protests that repeatedly saw the depositors-turned-demonstrators, who said marriages were being dissolved and DKM-related suicide cases were being recorded, issue open threats to vote against the ruling party if government failed to retrieve their investments for them. In a move to lay the agitations to rest, government announced in September its readiness to have the withheld investments reimbursed in October.