Flagbearer of the Progressive People’s Party (PPP,)  Dr. Papa Kwesi Nduom, will address a press conference this afternoon at 3pm.

The pres conference is scheduled to come off at the party’s headquarters at Asylum Down in Accra.

Reports say that thousands of party supporters have besieged the office demanding that its leaders act to ensure that Dr. Nduom contests in the December polls.

It will be recalled that chairperson of the Electoral Commission disqualified Dr. Nduom and 12 others on Monday. 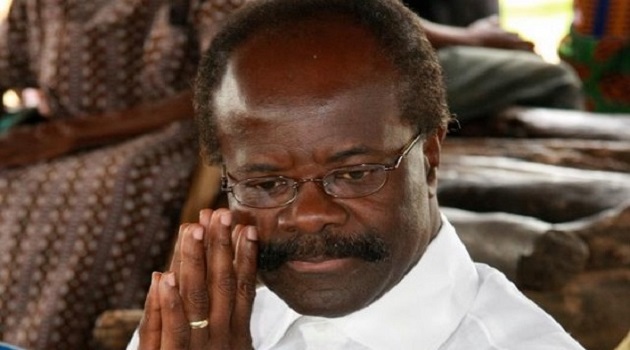 According to the Commission the number of subscribers to his forms did not meet the requirements of Regulation 7 (2) (b) of CI 94 and that one of his subscribers endorsed the form with different signatures in both portions of the nomination form, raising questions as to the legitimacy of one or both signatures.

Meanwhile, the party has said that the disqualification of its flagbearer from the upcoming presidential election is illegal, and that the party will do everything possible to ensure he contests the race.