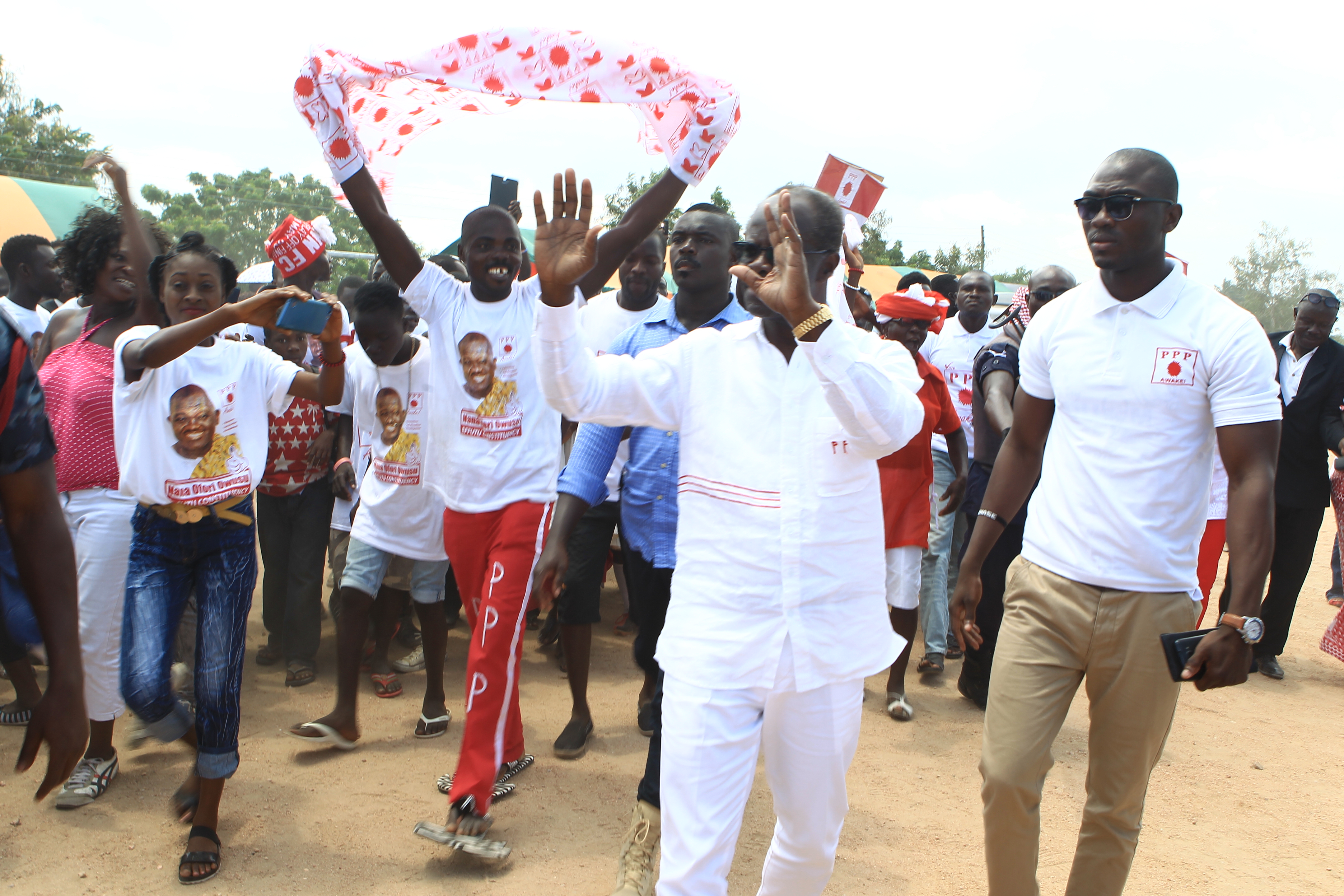 Standard bearer of the Progressive People’s Party (PPP,) Dr. Papa Kwesi Nduom, has lashed out at government and law enforcement agencies for failing to act on the impasse between customers of DKM Microfinance and management of the savings and loans company.

Speaking at press briefing at Techiman in the Brong Ahafo region to round up his four day tour of the region, Dr. Nduom lamented that the ‘scandal’ should not happen in the 21st century.

He asserted that it was wrong for anyone to put the blame at the doorsteps of the central bank, Bank of Ghana (BoG).

He explained that the BoG is only a regulator and performed its mandate to the later.

He added that what was left was for the government through the law enforcement agencies – National Security, Bureau of National Investigations (BNI) and the Police Service to protect its people economically as well.

“If BoG sees a problem, it would go to a law enforcement agency for them to help. The law enforcement agencies are all over the country. BoG is not in every district. It is up to government to also protect its people; part of protecting its people is not just the army, the police, navy and air force. It is also the economy. So u make sure anyone who opens a little store and says I am a bank or a savings and loan company has a license or not. If they don’t have one then you close them down immediately…” he indicated.

Speaking on his assessment of the region after the tour, Dr. Nduom said that the area was mainly an agrarian society coupled with extraction of precious minerals but lack processing plants and infrastructure to attract investors to the area.

He was sad that ministers and most of the flagbearers who want the people’s votes have travelled overseas before and see what government there have done to boost agriculture and wondered why same were not being replicated here.

The renowned entrepreneur told the media that building infrastructure in farming communities is not something new as Unilever in some time past built complete communities in areas where it’s raw materials come from.

He added that in other jurisdictions, governments put together the infrastructure and then encourage investors to set up factories and that even the siting of the factories are competed for by the Metropolitan, Municipal and District Assemblies (MMDAs) with government offering tax holidays.

Touching on roads in the country, Dr. Nduom said road networking will be a priority in his developmental agenda when he becomes the President of Ghana.

According to him the existence of good roads in a country facilitates economic growth and for a country like Ghana to thrive in trade and commerce progressively, there is the need for its leaders to factor in road networking on their agenda.