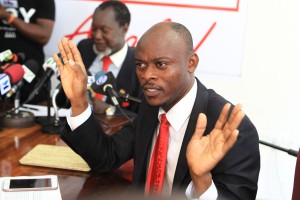 The tour, which has been christened “Awake and Vote for Change,” kick-started from the Ashanti region on Friday, April 15, 2016 and later moved to Brong Ahafo region on Sunday, April 17, 2016.

According to a statement issued on Thursday, April 14, 2016 and signed by the party’s National Secretary, Murtala Mohammed, the tour will continue to the three (3) northern regions—Northern, Upper East, Upper West regions.

The PPP said it will use the tour to introduce its national parliamentary and regional campaign teams to the constituencies and the polling stations. The statement went on to add that the PPP will also use the tour to assess preparations of regional and local executives towards the November 7 elections.

The statement hinted that the party’s national executives together with regional executives will seize the opportunity to meet with chiefs and opinion leaders of selected constituencies in close-door discussions on matters of mutual concerns.

“PPP will also engage the media on various platforms regarding important issues affecting the local people in the area,” the statement said. It added: “This tour will give us the opportunity to make our case directly to the people in small community group meetings, on local radio stations and at places of work.

The PPP will make a special effort to talk to the youth and students during this tour and encourage them to think about their future by supporting the PPP.” In the wake of broken promises by the NDC government, a high unemployment rate, abject poverty and illiteracy that can be found everywhere, the statement claimed that many Ghanaians want to vote for an alternative political party.

That, the PPP said, was because of the fact that majority of Ghanaians were afraid of what will happen after the 2016 General Elections if the National Democratic Congress (NDC) or the New Patriotic Party (NPP) wins the presidency.

“Ghanaians want to protect the peace and stability we have all sacrificed to establish and so we believe they are ready to vote for PPP—a peace-loving, respectful and purposeful political party.  We are working hard and therefore, deserve their votes,” the statement concluded.

One thought on “PPP begins ‘Awake & Vote For Change’ tour”