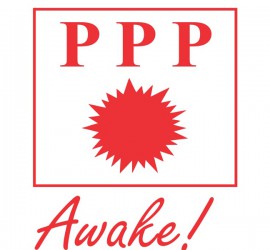 Now that the entire nation and the world at large have come to terms with the reality that the public sector is more corrupt than ever imagined, the Progressive People’s Party ( PPP) feels vindicated on its crusade for incorruptible leadership, including but not limited to the Executive, legislature and Judiciary arms of government.

The party’s vindication comes in the wake of the corruption scandal that has hit the Judiciary with some thirty four (34) superior and lower court Judges caught on camera taking bribes and or extorting money from people engaged in one litigation or the other. Besides the Judges, over one hundred officials of the Judicial Service have also been cited in the rot uncovered by award winning investigative Journalist Anas Aremeyaw Anas.

While the PPP acknowledges the swift response of the Judicial Council in suspending Twenty two (22) Circuit Court Judges and Magistrates until determination of their cases and initiation of the process of determining whether there is a prima facie case against each of the 12 High Court Judges involved, the urgent need for reforms in the governance system to prevent such scandals must be appreciated and supported by all stakeholders.

To that end, the PPP demands the immediate initiation of the process of separating the Attorney General’s Department from the Ministry of Justice with the establishment of an Independent Public Prosecutor’s Office without prejudice to any ongoing investigation into the current allegations of corruption in the Judiciary.

In view of the severity of the allegations that have rocked the Judiciary which is the dispenser of justice, custodian of the rule of law and guarantor of the freedoms of citizens, the PPP has reason to believe that the scandal could have far reaching implications for the sustenance of the nation’s democracy and calls on all to get ready to support the revival of the anti-corruption crusade to stop corruption and make incorruptible leadership a reality in Ghana.

A schedule of series of action to press home our demand for reforms to make Ghana work, would be announced soon.