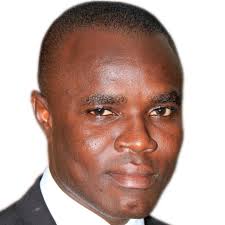 The Progressive People’s Party has taken note of comments made by His Excellency, President Mahama on assets declaration by public officials in Ghana. The President said at Peduase Lodge on Monday that “The constitutional amendment we are moving is for those declared assets to be made available to the media through possible publication; and that’s being done to make it more transparent.”

We wish to submit to the president that the public declaration of assets is not proscribed by any law currently enforceable in Ghana. In other words, it is permissible for the president and any other public official to publicly declare their assets to demonstrate commitment to the fight against corruption.

According to the president, “even in this current regime, any person who wants to challenge the assets declared by any public official is allowed to do so with a court order or a petition to CHRAJ to contest those declared assets; and the assets declared will be made available to that particular institution to investigate”. We wish to pose the question: how can we challenge the assets declared by a public official if we do not know who has filed the declaration or what has been filed? The comment made by the president is to play the ostrich and seek refuge in the law in an attempt to renege on his commitment to promote good governance.

The president is fully aware that the constitutional amendment process has been frozen and it will not be resurrected until his term expires in January, 2017. For the president to demonstrate his commitment to public declaration of assets, we invite him to publish the names of all the public officials who have declared their assets and secondly publish his own assets declaration form.

The Constitution Review Commission (CRC) recommended a public declaration of assets regime with criminal sanctions for false declarations. The president must take the lead to make this happen. The coalition of anti-corruption and the Ghana Integrity Initiative must join the call to reject all elected officials who fail to publicly declare their assets in the 2016 elections. We all have been sleeping for far too long and it is time to Wake Up! The time for fundamental reforms is NOW and the PPP is inviting Civil Society and Professional Groups to support its reform agenda.