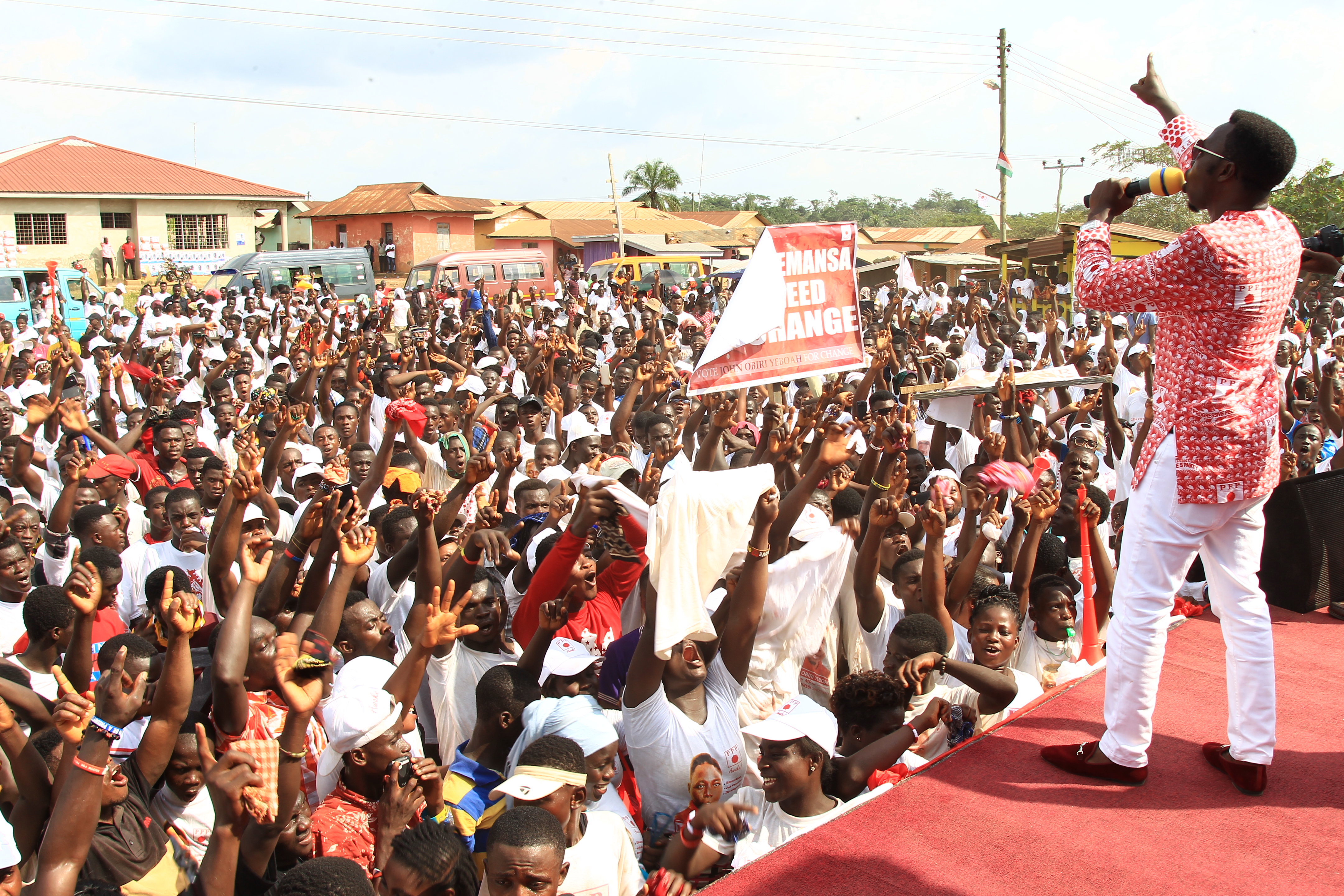 The parliamentary candidate for the Ofoase-Ayirebi Constituency John Obiri Yeboah has said that his party the Progressive Peoples Party will build four factories in his first four years and not just one as being preached by the NPP.

Addressing the zongo community of Ofoase, John Obiri Yeboah disclosed that Dr Nduom himself has promised the Ofoase-Ayirebi Constituency two factories for which he, Obiri is supplementing with another two factories making it four in his first term as member of parliament.

He therefore called on the electorates not to swallow any promise of one district one factory policy which can’t solve the problem of the teaming unemployment  situation in the Ofoase- Ayiribi Constituency.

“My father Dr Papa Kwesi Nduom has promised Ofoase Ayiribi Constituency two factories should you vote for me Obiri Yeboah. I am also adding two factories to the two making it four. We are promising real jobs for the unemployed youths here.”

“So you see we are offering more than what someone is promising.  He said.

Dr Papa Kwesi Nduom on his part asked the people of Ofoase to support Obiri Yeboah go to Parliament since I’m his words.  Through Obiri Yeboah he Dr Nduom is already bringing community water and modern toilet facilities to the Constituency.

“All I can say is that the young man is eloquent and knows how to talk, he knows how to put your issues across so support him. Through him communities here are benefitting from water projects and places of convenience, so imagine what he will achieve as a member of Parliament?”

On his part the zongo chief, Saani Musah Abukari commended John Obiri Yeboah for his foresight and vision to bring development to the people of Ofoase.

John Obiri Yeboah and Papa Kwesi Nduom were in Ofoase to pay a courtesy call on the Zongo chief and to thank him  for his unflinching support for the PPP and John Obiri Yeboah for the December 7 polls.