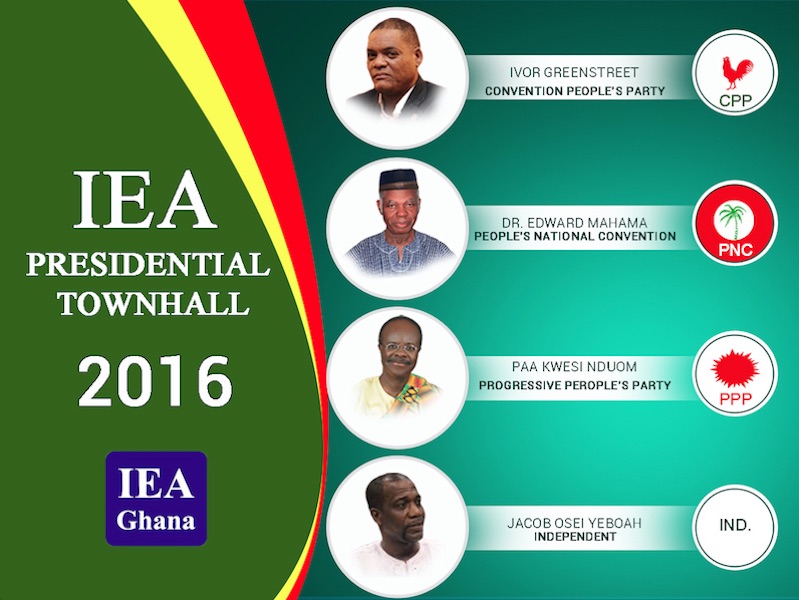 The IEA had earlier stated all was set to hold the debate that many expected to feature the two leading candidates in the 2016 presidential race.

Former first lady and presidential candidate of the National Democratic Party Nana Konadu Agyeman Rawlings is also not taking part in the debate.

Dubbed IEA Presidential Townhall 2016, this year’s event is to focus on issues regarding the economy and private sector development. The event comes off at the Kempinski hotel at 6.30pm on Tuesday, November 22,2016.