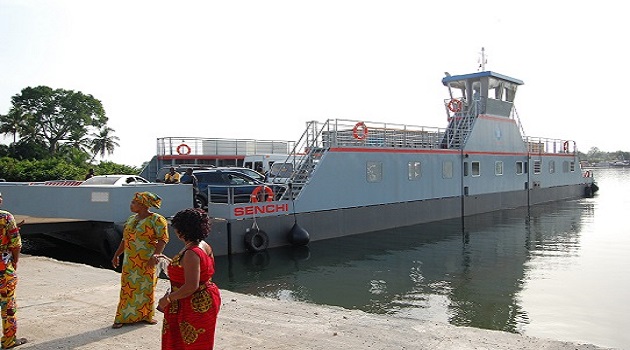 Presidential candidate of the Progressive People’s Party (PPP,) Dr. Papa Kwesi Nduom, has assured the people of Yeji, a fishing and farming town in the Brong-Ahafo region that he will put ferries on the Volta River to ensure the smooth movement of goods and people in the area.

Addressing thousands of party supporters and residents at a rally at the Station 1 Park in the town, Dr. Nduom told the people that he is aware of the difficulties farmers, fishermen and pregnant women in the area face when moving their produce from back of the river to the markets and the station for onward transport to other parts of the country and accessing health facilities in the area.

Explaining further, he disclosed that the ferries on the Akosombo River were sent to the area following his work at the Millennium Development Authority under the Compact between Ghana and the United States government.

He assured the people that he will replicated same in the area when he is president.

Currently, there are no ferries on the Volta River hence people and goods are moved around the river putting more financial burden on farmers, fishermen, traders and motorist.

The ‘Edwumawura’ [owner of jobs] added that his government will ensure that every Ghanaian enjoys free compulsory universal basic education from kindergarten to Senior High School as captured in the Directive of State Principles in the 1992 constitution.

He added that a yam factory will be sited in the area to absorb the excess yam and process it into Fast-Moving Consumer Goods (FMCGs) adding that he has opened a rice mill in Worawora in the Volta region and cut sod for another in Assin Breku in the Central region making him the better candidate to fulfil promises on creating jobs.

“If you want jobs, vote for a job creator. Of all the candidates vying in this year’s elections, I am the only job creator,” he said.

He pledged his support for an association formed in the area called GN (Groupe Nduom) Association and young footballers in area.

The business mogul announced that his football team, Elmina Sharks, will come to the area for a friendly match with the youth team in the area and scout for players.

He told the people he will build a library for them should they support the party’s Member of Parliament (MP) candidate, Desmond Danjumah, to win.

Dr. Nduom is on a six-day tour of the Brong-Ahafo, Upper East, Upper West and Northern regions in his bid to win the December polls.