Disqualified standard bearer of the Progressive People’s Party (PPP,) Dr. Papa Kwesi Nduom, has called on the chairperson of the Electoral Commission (EC) to as a matter-of-urgency meet with him for 5 minutes to amend errors cited by the Commission on his presidential nomination forms or face a series of actions.

“I am certain you all to know that I love this country. I respect the law and believe in law and order. I respect the authority of those appointed to oversee our young democracy.  I respect the decisions of the Electoral Commission (EC) and its Chairperson, Mrs. Charlotte Osei. To the urgent and immediate purpose of this afternoon.  I am here to call on the Electoral Commission (EC) specifically the Returning Officer for the Presidential Election who happens to be the Chairperson of the EC to allow the opportunity to meet with me to rectify any anomaly identified in the nomination papers amicably.”

Dr. Nduom who addressed a press conference at the party’s headquarters in Accra yesterday said that he had met with his lawyers and they have gone through the documents as submitted by the EC.

He indicated that their checks show that only two errors were seen on two pages of the forms which pages he marked with yellow page separators and showed to the attendees.

Dr. Nduom who was in an all-black apparel assured Ghanaians and party supporters that their checks will indeed get him cleared to contest in the December polls adding that the country in its current state needs a ‘doer’ to save it from promisors [Nana Akuffo Addo and John Mahama]. 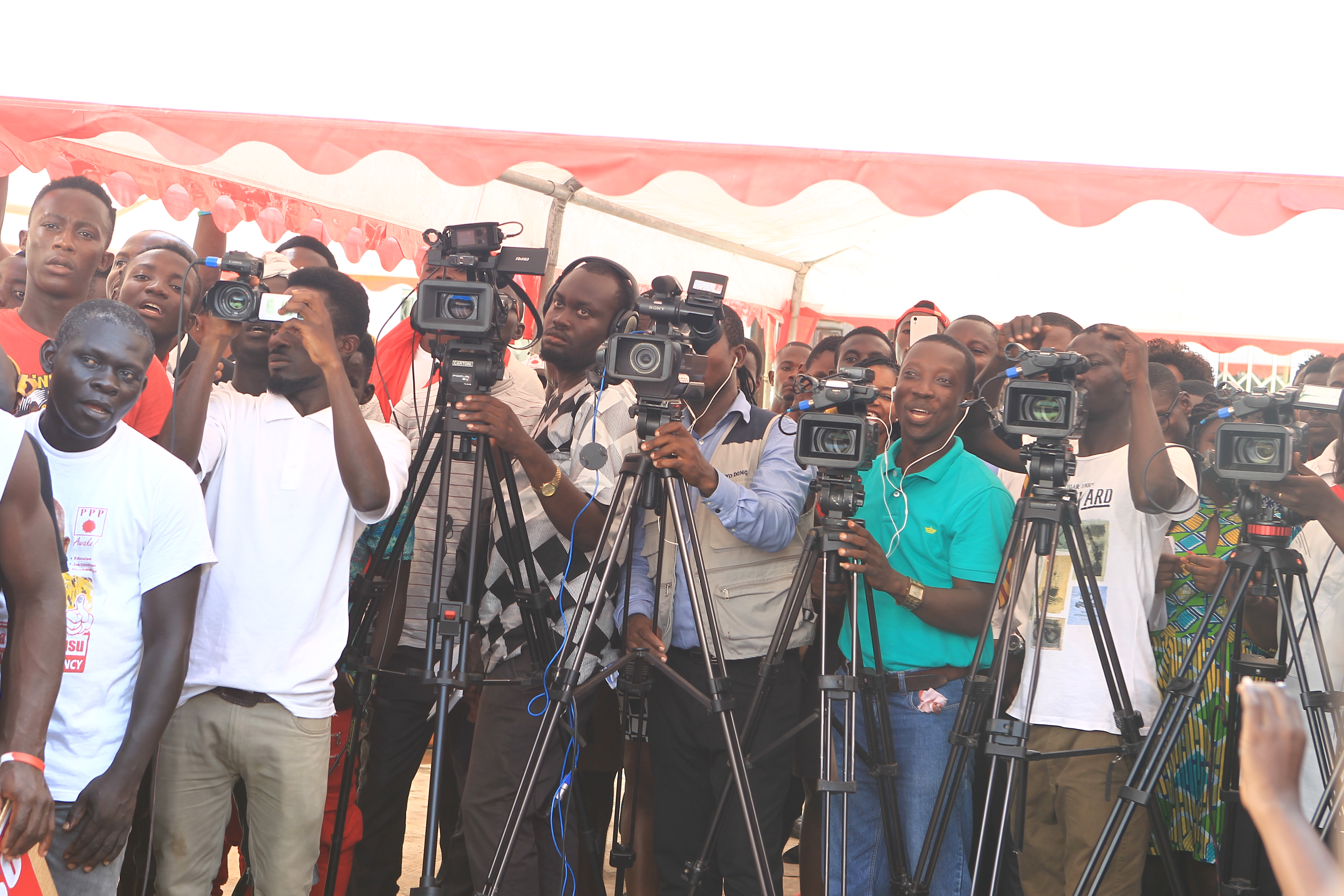 “I am confident that I will be on the ballot paper for the December polls. I want to meet with the Commissioner of the EC to resolve this matter,” he said.

…by Thursday I want know how I can meet with the EC Chairperson to resolve this issue.”

The celebrated businessman told the press and hundreds of party supporters who thronged the PPP headquarters that a party could not pay it filing fees by 12 noon yet the Commission gave them room to file even though the deadline had elapsed.

He assured the Ghanaians of his commitment to follow the country’s laws to the latter but vowed to go the courts if his demands are not met.

The PPP flagbearer urged all his party’s parliamentary candidates to steer on towards victory and assured them of his unflinching support.

…Finally, to all our Parliamentary Candidates – I am asking you to take your anger, your disappointment, your pain and to focus it on your campaigns.”

He called on party supporters to remain calm and show Ghanaians the uniqueness of the PPP. 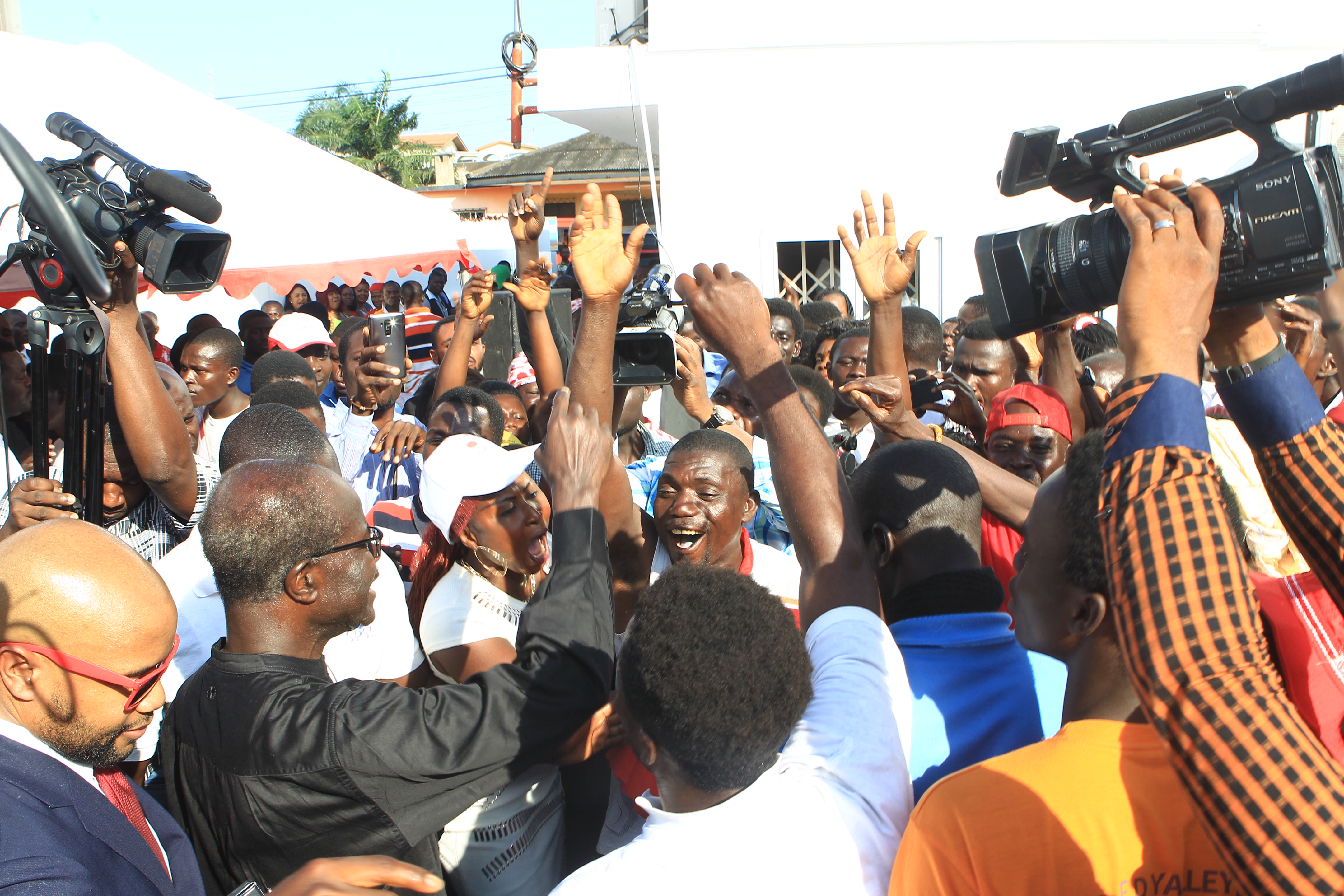 …No one can kill the love we have for Ghana. Political parties are the EC’s clients and it is important that the cordial relationship and room exist for the two. I do not know Mrs. Charlotte Osei personally in any capacity. So there cannot be a negative or positive personal matter between her and me.  The Progressive People’s Party (PPP) has over the years since its formation consistently called for the EC as an institution to be strengthened so that it can enforce the Political Parties Law, Act 574. When we disagreed with the results put against the PPP’s name after the 2012 elections, we just wrote a letter detailing the problems we experienced and made suggestions to make the process better.”

It will be recalled that the EC on Monday, October 10, 2016 announced at a Press Conference that Dr. Nduom, Dr. Hassan Ayariga of APC, Nana Konadu Agyeman Rawlings of the NDP, Dr. Edward Mahama of the PNC, Dr. Henry Lartey of the GCPP and eight other presidential hopefuls has been disqualified for failing to meet the nomination requirement for the presidential contest.

Some of the reasons outlined by the EC were filing anomalies including fraudulent signatures, absence of a required number of signatures and improper filling of nomination forms.

Some of the parties disqualified from the race have threatened to sue the EC and place an injunction on the elections.