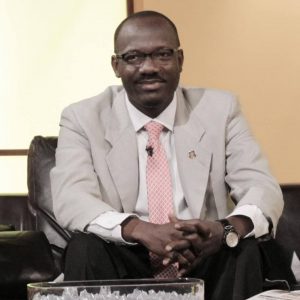 e Institute of Economic Affairs (IEA), which is a long standing Public Policy Institute, has announced its intention to organize three Presidential debates in a segregated format. The first one will be for parties with representation in parliament, followed by parties without representation in parliament and finally a two horse race between President John Dramani Mahama of the National Democratic Congress (NDC) and Mr. Edward Nana Addo Danquah Akuffo Addo of the New Patriotic Party (NPP). All this took place without consulting the political parties concerned, at least not with the Progressive People’s Party.

The IEA would like all to believe it is committed to deepening and consolidating multiparty democracy, and in the promotion of issues-based elections in Ghana; yet, they find nothing wrong with segregating Presidential debates. Why has the IEA not consulted the Electoral Commission of Ghana to determine which of the political parties has fulfilled the requirement of the Political Parties law, Act 574? The Electoral Commission of Ghana is the only constitutional body mandated by law to determine the legitimacy of a political party and its Presidential candidate. The introduction of “political parties with representation in Parliament” to legitimize a political party is alien and an affront to the Constitution of Ghana. Why will the IEA use foreign funds from Countries whose political system takes place in a framework of a Parliamentary representative democracy as opposed to the political system of Ghana which operates within the framework of a Presidential representative democratic republic to influence elections in Ghana?

In the IEA Presidential debate of 2000, when the so-called “Parties with Representation in Parliament” snubbed the debate, was it not the likes of Mr. Goozie Tanoh of the National Reform Party (NRP), Dr Charles Wereko-Brobby of the United Ghana Movement (UGM) and the late Mr. Dan Lartey of the Great Consolidated Popular Party, (GCPP) who saved the IEA from that eminent embarrassment? Did they have “representation in Parliament” when they were invited to save the day?

It is gratifying and reverential to have all qualified Presidential Candidates on a single platform to dialogue and discuss policies and programmes and answer questions from the electorate. The 2000 debate was quite useful and healthy because each Presidential Candidate that participated was able to deliver their message on a massive public stage; which provided opportunity for committed and undecided voters to get to know the candidates on an in-depth level. It is not doubtful that the IEA platform gave voters the opportunity to make an informed choice on the most suitable candidate to govern this country.

If the IEA believes that “those who wish to govern must subject themselves to probing questions by the people, to ensure that they understand their concerns, and have the capacity to address them” then where from this blatant discrimination and obvious disregard to the Constitution of Ghana and the Political Parties Law? Some have argued that the IEA is a private organization and can therefore do anything as they please. Well, that argument can be upheld in a despotic absolute monarchy and not under a constitutional order like what we have in Ghana. A visit to the IEA website indicates, that their mission is “to promote good governance, democracy and a free and fair market economy. IEA believes that the creation of an environment in which economic, social, political and legal institutions function openly and freely is the key to sustainable economic growth and human development”. If this is the mission of the IEA, why have they veered off this “free and fair market” path and are rather promoting apartheid programmes in Ghana?

If the IEA is serious about organizing Presidential debates, why have they decided to organize a segregated debate with emphasis on promoting NDC & NPP? The interest of the IEA should not be about promoting NDC and NPP whose policies over the years have redistributed wealth to rich owners of capital, reproducing inequality and apartheid geographies in Ghana. Who in Ghana does not know that the NDC and NPP are entrenched in calcified partisanship, where politics is played as a zero-sum game. The rise of the Progressive People’s Party (PPP), and the anguish of moderate voices in and outside Ghana all point toward the public’s growing discontent with these two parties.

Perhaps, the IEA is not aware that these two parties have failed us and that there is a huge call from the masses to change this borrowed “by force” two-party system of governance. In anycase, how can the IEA not be aware of how poor Ghanaians are now held hostage to subtler processes of class exclusion? The IEA cannot be blind to the ever-growing number of unemployed, or even unemployable young people, many of whom have been deprived of basic education. How has the NDC and NPP solved these problems when they had the opportunity to govern in this Fourth Republic? In a country where opportunities exist mostly for party foot soldiers whose party is in power and the well-connected, should the IEA rather not be interested in promoting a level playing field where Ghanaians would be the best judges? Why does the IEA want to be a judge in their own cause?

My recent visit to the Apartheid museum in Johannesburg opened my eyes to how strategists in the Afrikaner National Party invented Apartheid as a means to cement their control over the economic and social system in South Africa. We need to appreciate that in a situation where an action takes place in a social milieu in which the groups involved do not enjoy equal social status, the group that is of so-called lesser social status will be referred to as the segregated group. In dealing with the question of the effects of segregation and exclusion, it must be recognized that these effects do not take place in a vacuum, but in a social context.

For example, the segregation of Negroes and of other groups in the United States and the Aborigines of Australia took place in a social milieu in which “race” prejudice and discrimination existed. Does the IEA know that discrimination, and their social concomitants have the potential of damaging the morale of a political party’s supporters and consequently causing such supporters to react with feelings of inferiority and a sense of personal humiliation? Segregation in all its forms not only perpetuates rigid stereotypes and reinforces negative attitudes towards members of the other group, but it also leads to the development of a socio-political climate within which violent outbreaks of tensions are likely to occur.

It is the view held by some connoisseurs that the substantial discrimination by the IEA is likely to push Ghana further down the corridor of chaos and destruction, because an “invisible hand” has decided that the voice of the impoverished, the weak, the marginalized and disenfranchised should rather be heard on a cut off platform. The IEA cannot use the reason of “this is what we have always done it and that political parties have participated in such debates before”. If we were asleep, now our full senses are awake.
IEA cannot use their subjective view to create an objective reality of Ghana. IEA must stop imposing upon voters a distorted sense of political reality because Ghanaians are wide awake. IEA cannot take from the ontic reasoning to become an ontological argument. It is fallacious to say the least. Respectfully, IEA must stop Apartheidism now!!!