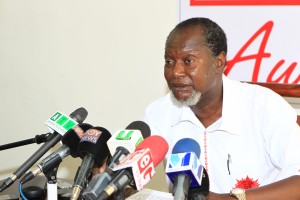 Progressive People’s Party (PPP) has called on the Electoral Commission (EC) of Ghana to audit political parties in compliance with the Political Parties Law (Act 574 of 2000).

The law requires political parties to meet a certain minimum criteria which qualify them to be recognised as duly registered political parties. The PPP raised these concerns at a news conference in Accra yesterday addressed by its National Chairman, Nii-Allottey Brew-Hammond.  The requirements include but not limited to being national in character, having offices opened in at least two-thirds of all districts in the country, having officers elected at the constituency, regional and national levels under the supervision of the EC as well as provide financial reports.

It also requires the EC to audit the ability of the existing parties to meet these requirements. The PPP contended that even though there have been several breaches of provisions of the law, the EC has failed to apply punitive measures as spelt out by the Act. In this regard, the PPP called on the EC to disqualify parties that fail to meet the minimum criteria.

It said “since 1992 no political party has been disqualified or removed from the register of parties as a result of not meeting these and other requirements.” Mr. Bew-Hammond noted that the EC has also not made any attempt to enforce the provisions which place limit on who could make contributions to fund political parties and campaigns.

He advocated strict enforcement of the law and urged the EC to immediately begin a process of verification, documentation and auditing of campaign funds of political parties. He recounted that the EC in a letter dated 27th August, 2015 and copied to all political parties, assured political parties and Ghanaians in general that it was going to implement the Political Parties Law, Act 574 of 2000, effective 1st January, 2016.

He said in the year 2000, the Electoral Commission embarked on a nationwide assessment of the status of political parties to bring their operations in conformity with the constitutional provisions and the Political Parties Law (Act 574). 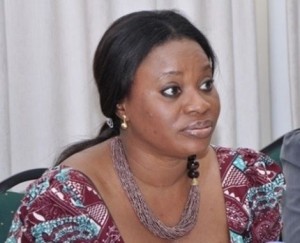 “This exercise was repeated in 2014 again with no enforcement applied. Even though the Commission is empowered to cancel the registration of a political party on the grounds that the Party has refused, neglected or failed to establish or maintain national, regional and district offices, the Electoral Commission has, much to our disappointment, failed to enforce its own law when Parties have not complied with the Law,” the PPP national chairman asserted.

“We are yet to see the EC, since 1992, exercise its powers to enforce these laws and deregister non-compliant political parties as promised by the Chairperson. We are now in March 2016 and the promise was to have taken effect from January 2016.” Touching on the 2016 elections, the PPP national chairman recommended that the EC consider moving to a fully electronic voting system similar to those found in Brazil, Mexico etc., with some minimum conditions, such that: “Votes are transmitted electronically to two separate locations directly from the polling stations.

“An electronic voting machine should be designed by a Ghanaian technology firm in partnership with an international major in technology such that “rejected ballots” shall be zero as we can no longer accept a system where over 250,000 votes are not counted. 250,000 votes are enough to decide an election.

Each political party that met the Political Parties’ Law should be granted a seat on the board of the voting machine company,” the PPP affirmed. Mr. Brew-Hammond argued that it is when “these recommendations are implemented that “we will then have a legal and formal basis to select active political parties for any political engagement.”

“The PPP will resist any attempt by the Commission and any other entity that may use unorthodox criteria for assessing political parties. We believe that the use of “parties with representation in Parliament” by Organisations such as the IEA, Star Ghana, some media houses and now the EC to legitimise political parties is a constitutional aberration and an affront to the laws governing the conduct of political parties in Ghana.”

He warned such organisations to desist from promoting a two-party debate for the 2016 elections “since it is potentially, a subversion of the 1992 Constitution which provides for a multi-party democratic State.”